Augusta hole 12 – Risks & Rewards of the most famous holes of the golf planet!

In this first episode of Risk & Rewards, let’s step back and analyze some strategies (aggressive or conservative) on holes that every golfer would dream of playing once in a lifetime. Drawing inspiration from the professionals who play these courses in tournaments, we will explain these strategies with their risks and rewards. The courses that we will fly over are among the most famous: Augusta hole 12, Pebble Beach, St-Andrews,…

The 2020 Masters taking place exceptionally in November, let’s see how it would look like for 2 amateur players on the Augusta course : 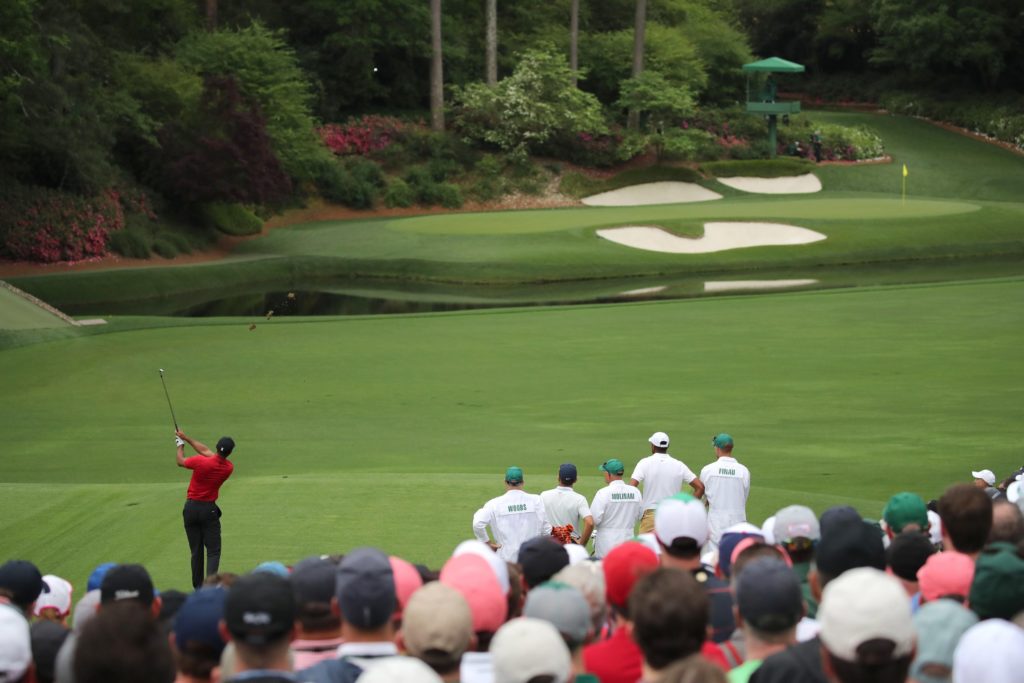 This hole shouldn’t be missed on the Amen Corner of Augusta National, the course that hosts the Masters. It is known to break the dreams of the contenders for the final victory (F.Molinari being the victim in 2019). This par 3 named “Golden Bell” of 141m is extremely well defended. It combines a stretch of water in front of the green, 3 formidable bunkers and a green with tricky slopes.

Here are some official statistics of the tournament. they help to understand the mental pressure on this hole during the last round:

The last round (R4 for Round 4) has a much higher average than the other rounds. The number of birdies made are divided by 2.5 and the number of doubles are multiplied by more than 5!

Closer look for the 2 selected amateurs on Augusta hole 12

Let’s now analyze what are the stats for the two selected amateurs aiming for the middle of the green:

A good level player should aim for a par on this hole. The odds are in his favor: 72% of chance to make it with a risk of underperformance of 28% in total. (in the conditions of the test, with no particular wind) 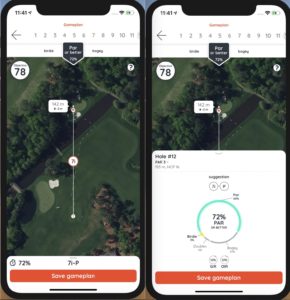 For an intermediate level player it would be safer to aim for a bogey. The best way to maximize his chances of bogey or better is to play this hole in regulation +1 shot. This means playing 2 shots to get to the green. The odds are then of 96% for bogey or better. It then lets only 4% for an underperformance above bogey! 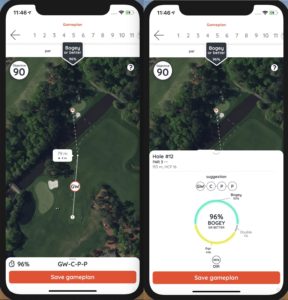 This strategy also lets almost 50% of chance to finish with a par. This is possible thanks to an easy 2nd shot that should let the player in good position to hole his first putt.

According to this, the odds of attacking the middle of the green look relatively normal. The probabilities being very coherent knowing the levels of the 2 players.

So, why is this hole known as so tough?

The subtlety is that the position of the flag changes every day during the Masters. On Sunday (last day of the competition) the flag is positioned on the right side of the green. That’s what players fear! Let’s see why for the 2 selected amateur players:

For the good player, the attack of the flag stuck to the right of the green is extremely tricky, the odds are going down from 72% to 15% for making a par or better! Therefore, the risk of underperformance does increase from 28% to almost 85% ! (an increase of 57 pts). 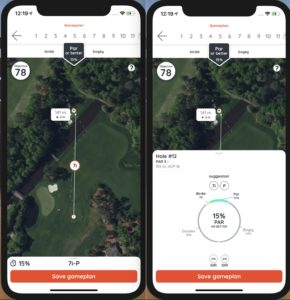 The intermediate player doesn’t get his odds modified! His bogey objective, making him play the green in 2 shots doesn’t bring more risk when the flag is positioned on the right side of the green. Even if it lets him less room to land on the green on the 2nd shot, it avoids the risk of visiting the bunker!

The probability to make the par is however a bit lower with this flag configuration. However, it stays very acceptable with 42%.
In this example, tee-shot is made with a SW in order to avoid water whatever the result of the shot. Another option could be to play a bit longer with a GW or PW targeting the right side of the fairway to get 100% free of the bunker on the 2nd shot. 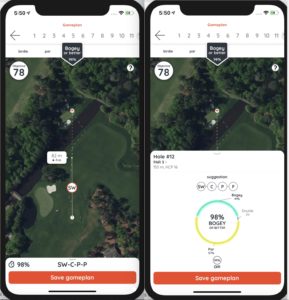 We can conclude that attacking the flag on the last day of the Augusta Masters is absolutely not the right strategy. This strategy did cost Francesco Molinari the 1st place in the 2019 edition against Tigers Woods! The Italian decided to take the offensive line by attacking the flag. Of course, in case of success, it would have allowed him to pass the Amen Corner. this would have probably – or potentially! – brought him to victory. However, this risky bet cost him a lot. The difficulty of the shot combined with the pressure of the last round brought his ball to the water. He finally scored a double bogey! 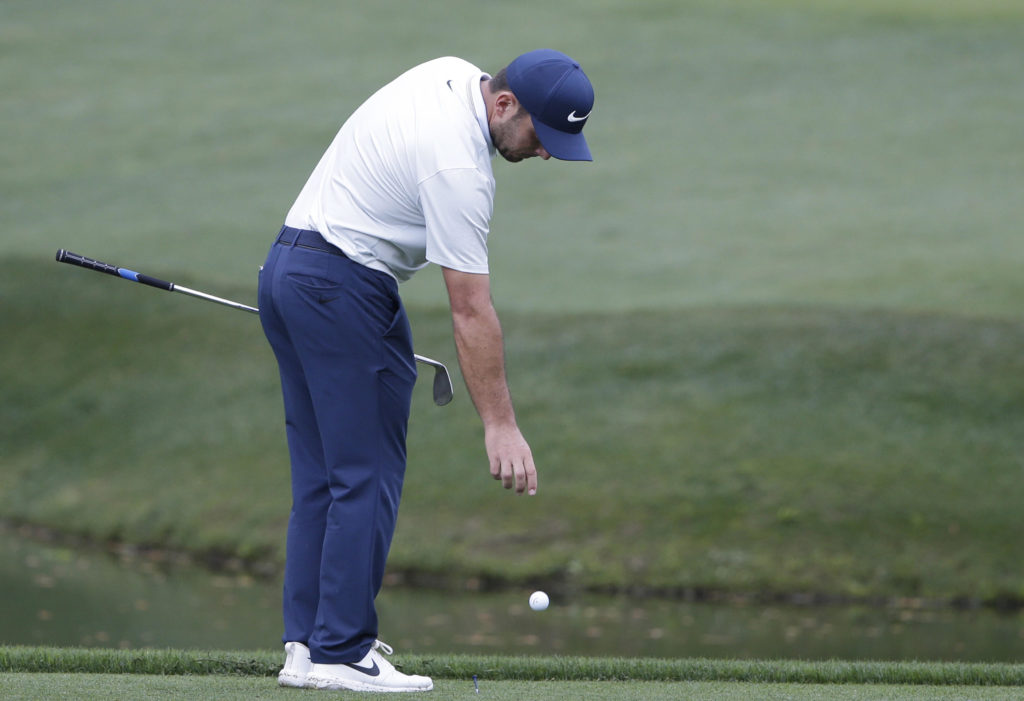 His direct challenger, Tiger Woods, followed the conservative strategy and aimed for the middle of the green. That option gave him an easy par. It was THE hole that cost Molinari the tournament. Molinari doubled again later on the 15th, letting the American take his 15th major victory.